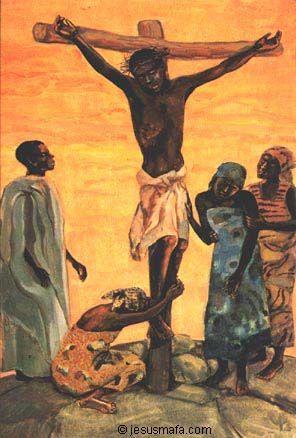 In August of 1955, Emmett Till’s body (he was 14) was found in the Tallahatchie River in the town of Money, Mississippi. His body was so disfigured, that upon arrival to his mother in Chicago, Mamie Till- Mobley was uncertain, at first, whether the mangled corpse was truly that of her only child. One of Emmett’s eyes was gorged out, his forehead was crushed on one side, and a bullet was lodged in his skull. It was later determined that 14 year old Emmett was lynched after he was brutally beaten. His crime – whistling at a white woman in a grocery store.

His grief stricken mother would later insist, against the advice of the undertaker, to open the casket and display her son’s horrifically disfigured body to show the world what she knew to be true: “it looked as though all the hatred and scorn that white racists ever had for [Negroes] was taken out on her child.” After only one hour of deliberation from an all white male jury, the two murderers were set free. They sold their confession of the Emmett Till murder to Time Magazine and never spent one day in jail for taking the young man’s life.
Mrs. Till-Mobley’s painful yet courageous decision to display to the world the mangled, brutalized body of her child, through the pictures of Jet Magazine, galvanized the infant Civil Rights Movement, including Rosa Park’s later decision (in December 1955) to refused to give up her seat to a white man on a Montgomery bus, which led to the Montgomery Boycott, a primary catalyst of the Civil Rights movement. Rosa Parks would later suggest that the pictures of Emmett Till’s body in Jet Magazine prompted her fearless decision, and dubbed her as “the Mother of the Civil Rights Movement.”
It may never be completely clear or understandable to us, as God’s humanity, that history unfolds in a continuum. While it is extremely challenging, and maybe even impossible for us to see how God uses pain, suffering, and inexplicable evil to change the course of history; ultimately this is God’s world, and the reasons and methods of how and why God accomplishes good from evil shall always mystify us. (definition of theodicy).

As Joseph articulates to his brothers in Genesis 50:20: “But as for you, you meant evil against me; but God meant it for good, in order to bring it about as it is this day, to save many people alive.” (NKJ translation). The connective thread of history is continuous. God’s preferential option for the oppressed, the marginalized, and the disinherited of this world has not changed, nor shall it ever: “BLACK LIVES STILL MATTER!”

There is no more powerful symbol of Christianity than The Cross. The empty cross stands as the ultimate representation of Jesus’ passion, death, and resurrection. Yet, if we are not careful, the cross can become just a symbol – like those who wear the cross as an ornament without recognition or the living out of its meaning and message.

In the narrative found in John 19: 25-27, we find the story of four women: – Jesus’ mother, Mary; Jesus’ aunt (Salome); the wife of Clopas, also named Mary,  and Mary Magdalene, along with the beloved disciple, whom scholars believe was the son of Salome, John.
Here, as Jesus was crucified by state sanctioned violence and the brutality of the oppressive Roman government,with the endorsement of the Jewish aristocracy; the reality of Jesus’ violent and harrowing death by crucifixion confronts the reader of the text. While we are more than familiar with the gruesome details of Jesus’ torture, several questions arise from the text that are often overlooked: How and why do these women (and the beloved disciple), especially Mary, Jesus’ mother, stand near the cross to watch as Jesus suffers the horror of being crucified? What was the motive of these four women, who stayed at the cross instead of fleeing, as the 10 disciples did, with the exception of John, the beloved disciple? Were these women simply clueless, naïve, or not in danger from the Roman authorities because they were female?

The state sanctioned death of Jesus by crucifixion was accomplished by a government who cared nothing for the Jewish nation. The Roman government ruled by savage force, and those who were considered a threat to the political power of Rome were killed without mercy. Women, as well as children were often crucified alongside of men. Crucifixion was a primary method to intimidate, to control, and to ensure the continuation of Caesar’s stronghold over Rome’s enemies, and the Jewish state was considered the enemy of Rome. Thus, Jesus was crucified as an enemy of the state, and a political threat to the power and authority of Rome. Anyone associated with Jesus, labelled as a subversive and a criminal who committed high treason, was in danger of losing their lives, which is why the disciples fled and went into hiding. Yet, we see these four women standing near the cross, refusing to abandon Jesus, as they risked their own lives to do so.
In the gospel of John, it is clear that these women demonstrate unyielding courage, unrelenting faith, and unshakeable hope, as they are used by God, not as onlookers or observers; but, as witnesses to the redemptive power of an almighty God who can and will take an act of terror, as heinous as crucifixion, and use it to usher in a new movement of history. Mary, and the other three women represent the radical love and compassion of motherhood and womanhood. John’s story, which is a departure from the synoptic cross narratives, demonstrates to the reader that justice must have a witness, and these four women are the witnesses to God’s justice movement in history.

God rights the wrong of Jesus’ death at the cross, BEFORE the resurrection of Jesus, as God gathers the community of Mary, Salome, the wife of Clopas, Mary Magdalene, and the beloved disciple at the cross, as witnesses to the birth of the Church, even before the Pentecost moment. Jesus, on the cross, is the harbinger to the birth of His church: “Woman, behold thy son, son behold thy mother.” These women are the mothers of a new movement which will shift the course of history, in the same way that Mamie Till-Mobley and Rosa Parks become the mothers of a new movement which shift the course of history, usher in the Civil Rights movement, and also change the world.

These combined stories of courage continue to teach us that every unjust act of terror requires courageous witnesses so that evil cannot silence our testimony, and these women, the four women at the Cross, Mamie Till -Mobley, Rosa Parks, and now the mothers of those killed by the state sanctioned violence in the cities and towns of America, which has produced the Black Lives Matter movement, stand together as empowered, fearless, courageous womanhood, who refuse to back down, run away, or give in to the threat of state sanctioned v

Finally, we confess that God can and will create, from these senseless deaths, a new movement that will change the course of history, as God has done countless times before. May the names of these mothers and the others unnamed, never be forgotten by those of us who are the witnesses to their stories.

What can we, as contemporary women, do to assist in the course of history that we see unfolding before us in the Black Lives Matter movement?

How do you think the four women at the cross of Jesus obtained the courage and fortitude to stay there?

“We do not need guns and bombs to bring peace, we need love and compassion.”Mother Teresa

“When people saw what had happened to my son, men stood up who had never stood up before.” Mamie Till-Mobley

“Courage is the most important of all the virtues because without courage, you cannot practice any other virtue consistently.” Maya Angelou

Oh most merciful and holy God,
We pray with the prophet Amos,
“Let justice roll on like a river,
and righteousness like a never-failing stream.”
As your daughters, we pray for courage like
that of Mary, the mother of Jesus, Mamie Till-Mobley,
and Rosa Parks. May we be used like those women who stood
at the cross of Jesus, rooted in unshakeable faith, hope and love.
We pray for peace in our world, by the power of Jesus.

The enclosed materials are the property of Maxine E. Garrett and the Tabitha’s Daughters Bible Empowerment Series.  They may be used by you with our permission, which may be revoked at any time.  All copies of the material must include the following notice:  “This material is Copyright [2016] Maxine E Garrett and Tabitha’s Daughters, and is distributed with permission.”