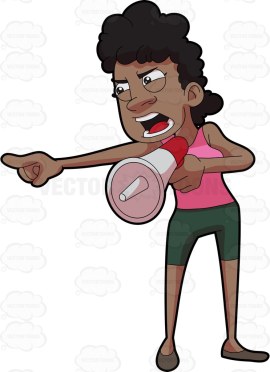 The anticipation and celebration of a brand new decade, only four months ago, pales in comparison to a global pandemic that threatens to overtake humanity on six of the earth’s seven continents.  So, while it seems inconceivable to be at this juncture, at this time, the ideas of social distancing and self-quarantine are the new way of life the globe, and specifically for Americans, at least for the present.

As we attempt to restrain ourselves and obey the state mandated orders to refrain from events and activities that place us in harm’s way, it is increasingly apparent that many Americans lack the “fruit” of self-control.

Self control is defined as:  The ability to restrain oneself, specifically one’s emotions, desires, and expressions connected to behavior, especially in difficult situations. (Merriam-Webster)

In the letter to the Galatians (5:22-23), Apostle Paul writes:  “But, the fruit of the Spirit is love, joy, peace, patience, kindness, goodness, faithfulness, gentleness, and self-control.  Against such things there is no law.”

At first glance the mention of “self-control” seems peculiar and out-of-place, especially against the ethereal qualities of the other eight characteristics.  Yet, self-control as the ninth fruit of the Spirit, and the book-end to “love” is a  necessity, for without it, none of the other fruit can be harvested.  Without the fierce fruit of self control, it is impossible to obey God.  A lack of self-control leads us to the pathway of the ego (“edging God out”) and the tendency towards narcissistic impulses that erode our ability to mature as Christians.  The fruit of self-control is the hedge pin to the other eight fruit of the Holy Spirit because:

The procurement of the fierce fruit of self-control provides a self-disciplined way of living that ultimately leads us to the path desired for us by God.  While our life-time journeys are often difficult, discovering and practicing self-control will assure us of a finish that will please God.

The story of the beheading of John the Baptist is a familiar and well-told piece of New Testament writing.  Church tradition has developed around this scriptural presentation and there are paintings, writings, and even movies notating this horrific event. There is a legendary name for Salome’s dance (the daughter of Herodias) called “the dance of the seven veils.”  This is church tradition, as there is no mention of seven veils in any of the gospel biographies.  The presence of a erotic dance at the event hosted by Herod, is only implied. Church tradition and creative license took it from there.

The real teaching of the text is this:  God’s prophets often die in gruesome ways.  The death of John the Baptist, in the synoptic writings, is a fore-shadowing of the crucifixion of Jesus.  The synoptic writers, Mark, Matthew, and Luke, are preparing their audiences for the bloodcurdling death of Jesus, in the same manner that John the Baptist prepared The Way for Jesus’ mission and message.

What was the impetus to such an public act of terror?  How did this state sanctioned violence occur and why?  Who was responsible for the death of a beloved son and prophet of Israel, the cousin of Jesus, and a fellow missionary in the kingdom of God?  The answers to these questions are found in the person of Herodias – the narcissistic wife of King Herod and the personality of the prophet named John the Baptizer.

Son of Zechariah and Elizabeth, cousin to Mary and Jesus, John is one of the most important figures of New Testament history.  Like Jesus and Mary, John is mentioned in the Koran [19: 1-15] and is admired as a prophet of the Islamic faith. * The commonalities to John and Jesus in New Testament history and John and Mohammed (the founder of the Islamic faith) are remarkable.  In both faiths, John the Baptist is the precursor to the prophets who inspired and founded a faith.

[*John The Baptist – His True Life and Work – His Return. (Hans Bernd Altinger).  This is a wonderful dissertation of the importance of John the Baptist is New Testament History.]

While Jesus and John were fellow prophets of Israel, born only months apart, there are also obvious distinctions.  Malcolm X is to John, as Martin Luther is to Jesus.  John was unapologetic, confrontational, and a raging critic of Israel.  His abrupt and combative style is outlined in Luke’s narrative (chapter 3).  When Herod Antipas, the tetrarch (ruler) of Israel,  divorces his wife and marries Herodias (the wife of his half-brother, Phillip), John rages against the couple in a prophetic tirade that severely ruffles the feathers of the vengeful Herodias and publicly embarrasses King Herod.

Tetrarch – (tet’rahrk) /  Originally the title for “a ruler of a fourth” or “one of four rulers.

Herod Antipas – Herod was the name for a ruling political family with strong connections to the Roman Empire.  The first Herod (The Great) ascended to the throne 103-76 B.C.  Herod the Great was called “King of the Jews.”  After his death, his three sons (Herod Archelaus, Herod Antipas, & Herod Philip survived their father and divided the kingdom between them.  The kingdom included:  Judea, Samaria, Galilee, Decapolis, and all the territories in between.  Herod Antipas was the ruler of Galilee and married his brother Phillip’s wife, Herodias.  Phillip was the son of Cleopatra.

“If every woman has a story and every woman’s story matters to God,”  Herodias’ story is one of deceit, betrayal, jealousy, ego-mania, and intolerance.  Her story, while difficult to digest, assists us in looking into our own mirrors and evaluating our difficulties with restraint and self-control.

Herodias was an obvious social climber and power hungry woman.  The granddaughter of royalty, she positioned herself at every turn to attach to men with authority and influence, as to gain more social status for herself.  After divorcing Philip (Herod’s half-brother), she marries Herod Antipas and gains position as the wife of a more powerful sovereign.  The couple’s tabloid-like actions draw attention to an unlawful union from Israel’s religious standards, and promotes the ire of John the Baptist, who puts their ungodly actions on blast.  In order to secure her unlawful marriage to Herod Antipas, Herodias takes matters into her own hostile hands.

Like a corona virus, Herodias attaches herself to the host (her daughter Salome), attacks her enemy (John the Baptist) and with viral-like behavior, destroys the lives of her family and herself.  Convincing her young daughter to ask for the head of The Baptist and embarrassing her husband to act upon the outrageous request, was nothing short of murder. Salome and Herod became accomplices to her agenda of homicide and revenge.  A lack of self-control and driving narcissistic becomes the impetus for the death of a holy man whose life was cut short by a woman who would not control her own deadly impulses.  Herodias, by way of negative example, teaches us the godly necessity of practicing the fruit of self-control DAILY!

What Herodias should teach us:

Self-control is not a choice.  Self-control is a mandate.  The undisciplined believer will live an impulsive, and possibly dangerous life.  The believer seeks to check self-indulgences and disobedient tendencies through the practice of self-control.

Self-control informs us, via our practice, it’s not about us, it is about God.  The practice of self-control assists us in taking regular self-inventory and correcting behaviors that are self-indulgent, ego-driven, out-of-line, and unnecessary.

Self-control is the fierce fruit of the Holy Spirit.  Without it, there is no way to procure the rest of the fruit of  The Spirit.  Think about Herodias! From a lack of self-control, she cancelled out all the rest:  love, joy, peace, patience, kindness, goodness, faithfulness and gentleness.

Self-control demonstrates our love for God.  The Bible teaches us:  “Obedience is better than sacrifice.” (1 Samuel 15:22).  The daily practice of self-control allows us to survey our thoughts, our words, our intents, and our actions, and align all of these with the will of God.

While Herodias’ self-indulgence and complete lack of self-control informed her she had the right to act in such a vile way, she ruined the lives of others in the process.  Her story is a cautionary tale for the women of God, who must understand that without the fruit of the Spirit, we will live lackluster, and even ungodly lives.  The fierce fruit of self-control allows us to take our daily spiritual temperature, with the assurance that we are not spewing the viral infection of ego, narcissism, and controlling behaviors on to others.

Questions for our discussion and consideration:

Name some areas of your life where you can pray for the procurement of more self-control.  Explain.

What are some of the methods you can share with others to learn how to gain more self-control in our lives?

Think about John the Baptist and Herodias.  What is the difference between being bold  (which often seems like a lack of self-control) and being brash? Explain.

My Kingdom (Louise May Alcott)

A little kingdom I possess

Where thoughts and feelings dwell;

And very hard the task I find

[To govern all of it well].

I do not ask for any crown

But that which all may win

Nor try to conquer any world

Except the one within.

The enclosed materials are the property of Maxine E. Garrett and Tabitha’s Daughters Bible Empowerment Series. They may be used with our permission, which may be revoked at any time.  All copies of the materials must include the following:  This material is Copyright [2015] Maxine E. Garrett and Tabitha’s Daughters and is distributed with our permission.